The last time I hit the New York Times, I wrote a blog post about it. At the time, I joked with CD Reiss that if I ever hit the list, I’d write an Oscar-style speech. I sort of did. I don’t know how to link you to that post right now (shocker- did I mention I’m terrible with technology? And yes, I am only 32 years old).

I’m pretty sure in my last faux Oscar “speech” about NYT I mentioned that my father taught himself how to read and write. He had six younger siblings and had to quit school at the age of eight in order to help my grandmother provide for them. During the day, he’d work– shoe shining, car washing, selling whatever he could sell in the streets of Moca, Dominican Republic (look it up. Not sure you’ll find much, but look it up anyway. That’s where my parents are from <3).

It’s not really a place where people get an HEA (happily ever after), but my father got his and has been a beacon of hope for all of the people that live in many small towns over there. He grew up to be a very well respected business man and politician. To this day, nine years after his death, presidential hopefuls in the Dominican Republic use his name to help get votes (look it up! Well, we don’t have the same last name since I use my married name, but if you’re curious, I’ll tell you).

My paternal grandmother didn’t know how to read. She didn’t know how to write either. She learned how to scribble her name out of necessity. My father came to the US (NYC) when he was twenty-seven years old. He had nothing when he got here. No money, no extra clothes, and no place to call home. He was offered a bed at his half-sister’s house and he took it. The day after he got here, he went out to look for jobs. When he could afford it, he went back to DR, married my mom, and brought her over. There’s more to that story (I was born over there, so obviously they went back), but I won’t bore you with it right now since this post is about NYT.

Unless you’re living under a rock you know that we’re in the middle of an election. Every time presidential elections come around, I wonder what my father would think about the candidates. He always had really good insight on these things. I don’t need him to be alive to know what he’d think about these, but I’d do just about anything to see his eyes light up when he spoke about candidates and certain topics.

I found out I hit those lists at 4pm on Wednesday and that night there was a political debate (spoiler alert: I couldn’t bear to watch the entire thing). Still, it made me think about women and immigration and all of the things that make me me. Had it not been for my father’s courage to look for a better life for his family, I wouldn’t be here right now. Had he stayed in DR, I wouldn’t be Claire Contreras, New York Times Best Selling Author of romance books. I wouldn’t be me at all (I was conceived in Jersey, so… lol).

Wednesday, I cried because I was so shocked and overwhelmed with gratitude. I can’t get over the fact that people WANT TO READ MY BOOKS! Most of all, I can’t get over the fact that me, this “nobody”, this person who was constantly told she’d be nobody has managed to somehow make it on these lists multiple times. Today I woke up and cried again as I thought about this. I know. I’m absolutely ridiculous. You probably think I’m exaggerating and being a baby, but you don’t understaaaaandddd! So I’m going to see if I can help you understand…

The granddaughter of an illiterate.

The daughter of a self-taught, self-made, hard working immigrant.

I keep saying this, but I am so incredibly grateful.

Thank you for making this happen.

Thank you for buying my books.

Thank you for supporting this dream.

Thank you for being awesome. 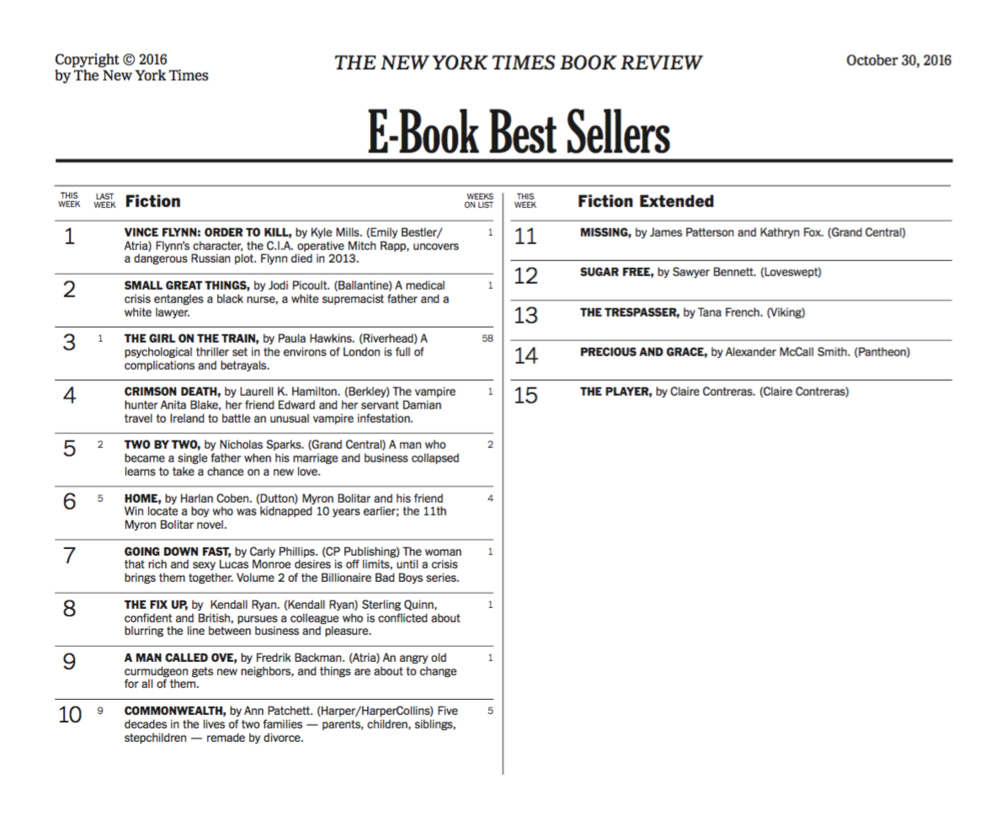