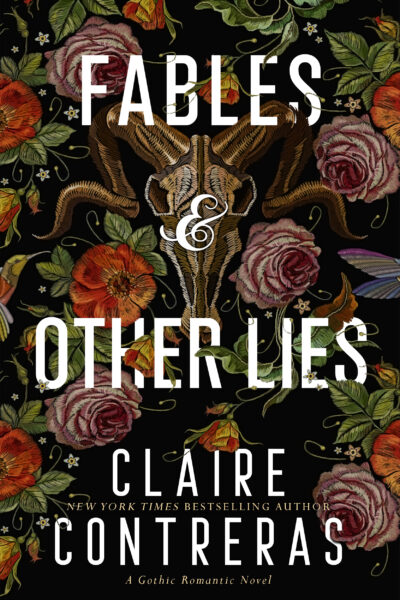 A 100% STANDALONE gothic romance from New York Times Bestselling author, Claire Contreras . . .Do you believe in curses?I never did.Not until that fated night, six years ago, when I sat in The Devil’s Chair and made a wish.Not until it came true.Not until I met River Caliban himself, heir to a fortune of curses. My fated sworn enemy.I knew I should have stayed away from him. I should have run the other way when he called out my name, when he flashed that sinful smile of his, but instead, I walked toward him, leaving the light behind. Instead, I go against all reason, against all warning, and attended the gala of the year at his dark, allegedly haunted home at the top of the hill.The moment I step foot inside I know I’m in trouble, but there’s something about River that magnetizes me, reels me in, and when he asks for the impossible, I find it impossible to turn him away."It is hands down one the most REFRESHING, MAGICAL, INTENSE, TWISTY reads of 2020!" - Angie, Angie's Dreamy Reads