“I went to the bar for you tonight,” I said, hoping that the gravity I held in my gaze would be enough to appease her.

“I think you know why, Camila.”

Her lips parted slightly, as if she was going to say something, but then she shut them again and looked around. I wondered what she was looking for. There was loud Hispanic music coming from the corner and some guys sitting around a domino table, but aside from that the street was empty.

“Let me take you out,” I said, earning another surprised look from her.

“I don’t think it’s a good idea,” she said slowly, enunciating each word. I crossed my arms.

“Because I don’t think it’s a good idea and I’m sure you have better things to do while you’re here, Mr. Hotshot Soccer Player.”

I uncrossed my arms and took a step toward her again, forcing her to tilt her face to look me in the eyes. “It’s football, and I have a lot of things do to, one of which will be you.” 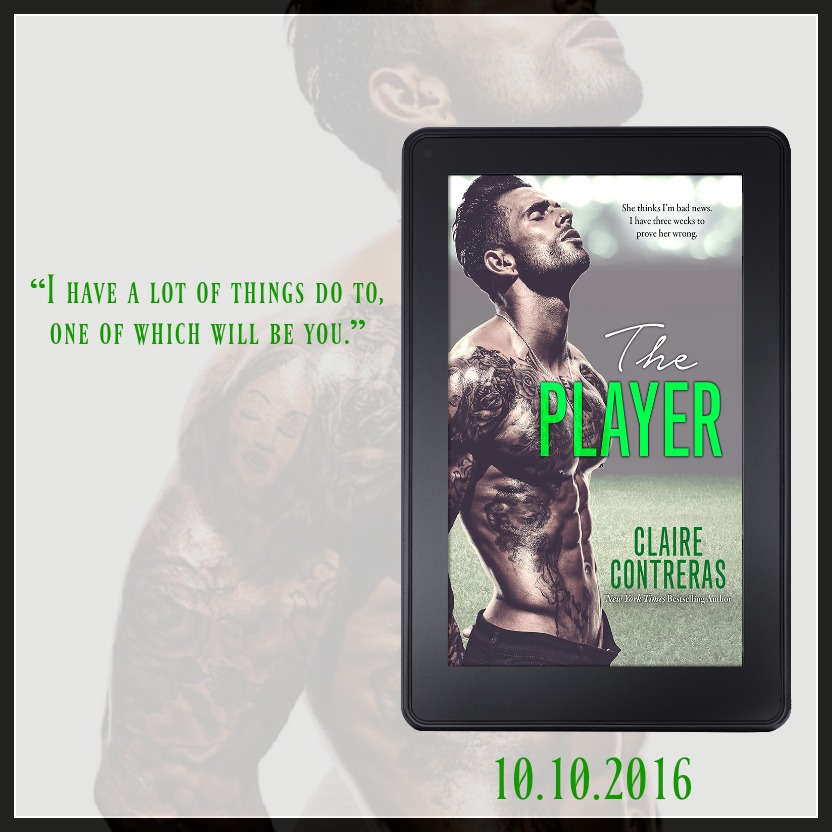 Follow @ClaireContreras
This error message is only visible to WordPress admins

Make sure this account has posts available on instagram.com.