Reporter: “Your one constant has always remained that soccer is the number-one love of your life. That you’d never trade it for anything or anyone. Does that still stand?”

I inhaled a heavy breath when I heard the question. I set down my fork and knife and walked over to the television. I’d promised myself I wouldn’t. I’d promised myself I wasn’t going to look at him, listen to him, talk to him, have absolutely anything to do with him once he left. Yet there I was, like I was sure countless of other females were, waiting on baited breath for his answer. When he came into the screen, my breath left me altogether. God. I missed him. I hated him. Couldn’t stand him. But seeing him on the screen, the way he sat back in the seat with his ankle crossed over his knee, looking completely relaxed as he was being drilled with questions . . . the way his chiseled jaw moved when he gave the reporter that lopsided smile that hinted at legions of pleasure that would make any sane woman blush furiously, those arms, roped in muscle and etched in art that I’d touched, clung to during so many sleepless nights . . .

“Of course it still stands. What do you think?” he asked, tilting his head, green eyes twinkling in flirtation.

Reporter: “So the rumors about a woman you left behind in the US during the holiday—”

“I think we both know how many rumors are spread about me.” He tore his gaze away from her and looked directly into the camera. Directly at me. “If there was a woman that special, I would never leave her behind.”

Reporter: “So you would be willing to make your career number two for the right woman?”

He continued to look at the camera, his face sobering, all traces of flirtation gone. “I’d give up my career to chase moments with the right woman.”

I leaned back in my couch, fighting back the tears that threatened. 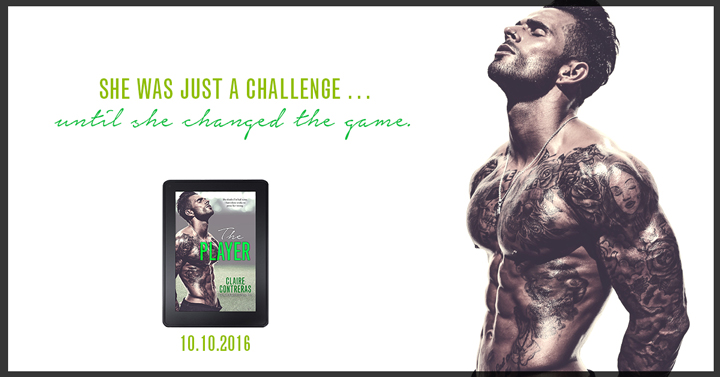 Amazon ➺ Ebook link will be available ON October 10th.